Peak Telematics wanted to help small insurance companies leverage usage-based insurance tools (like Progressive's Snapshot). By offering a turnkey solution, customers could get lower rates and the insurance companies could stay competitive with the larger players in the space.

Peak was working with a distributed, cross-functional team including an offshore back-end group for the physical logistics/fulfillment. My role was to take existing brand identity work and research to create the customer facing interface. I worked with multiple stakeholders to validate prototypes and design concepts. The final output was a working front end application that was integrated into the backend to create a working application.

Applying an existing brand to a new application

The Darby brand already had an identity, but I used tools like element collages to quickly get feedback on overall style and tone. This worked really well to get non-designers to understand what the app could look like, without being bogged down on sample content or code. It was also easy to update and test changes. 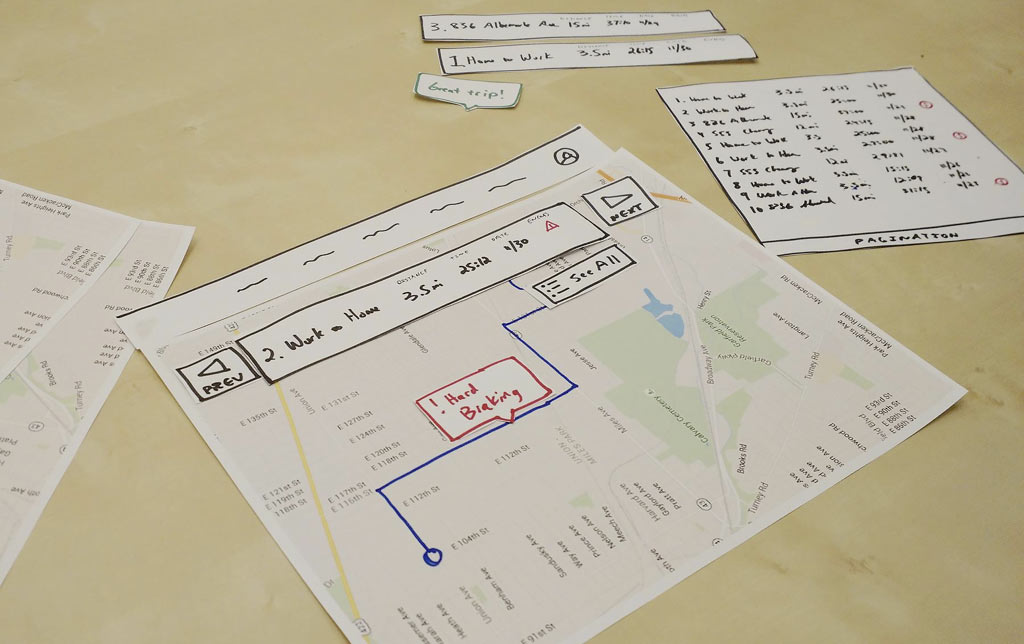 Working with a distributed team filled with non-designers meant communicating with words as much as (or more than) visuals. I used quick mockups with explanations to share my thought process and run ideas by the team. 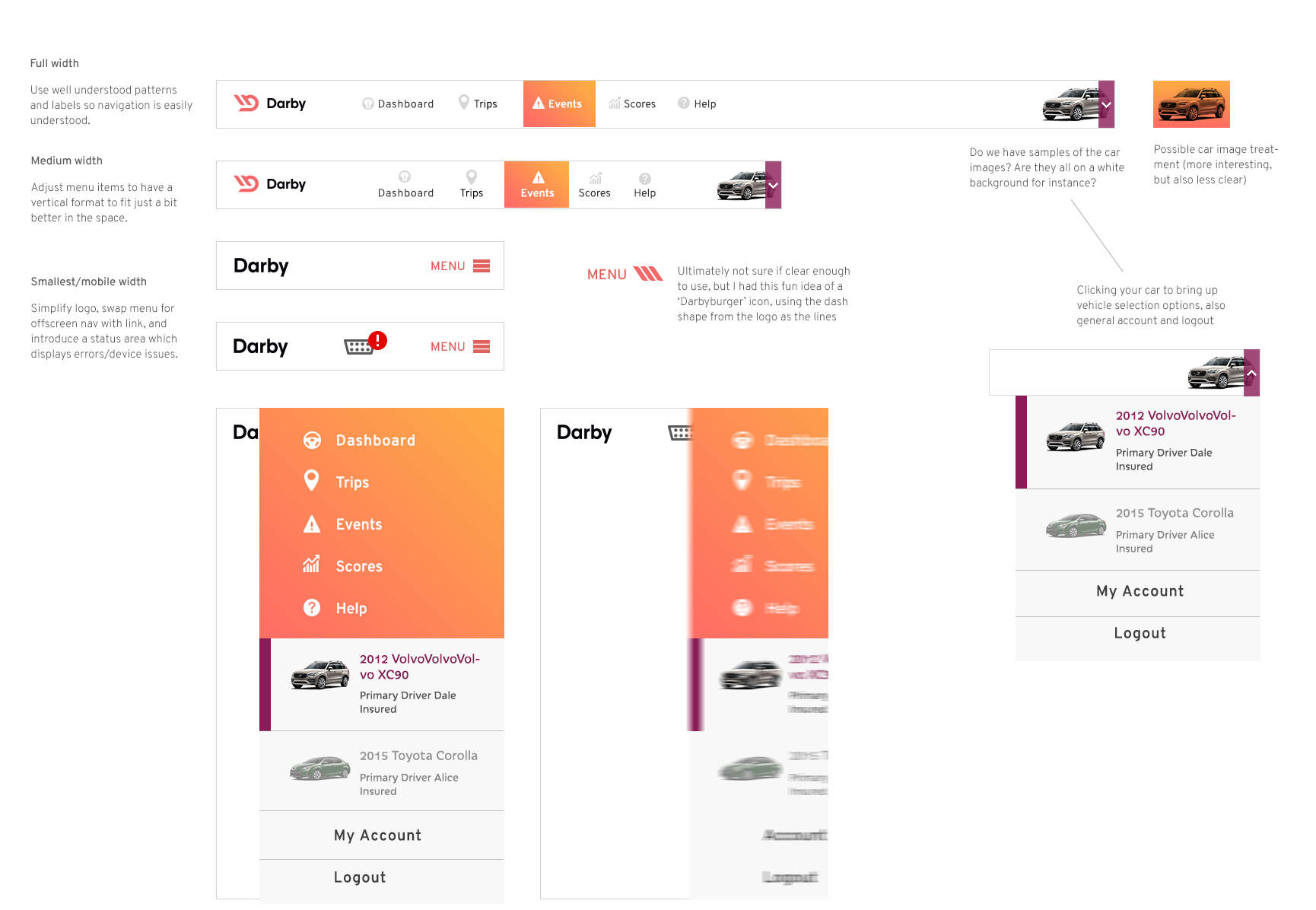 I built the components of the design system for the application through rounds of concepting and prototyping. When possible I used clickable prototypes so stakeholders could interact with the concepts on their own devices for a more realistic context vs static mockups. 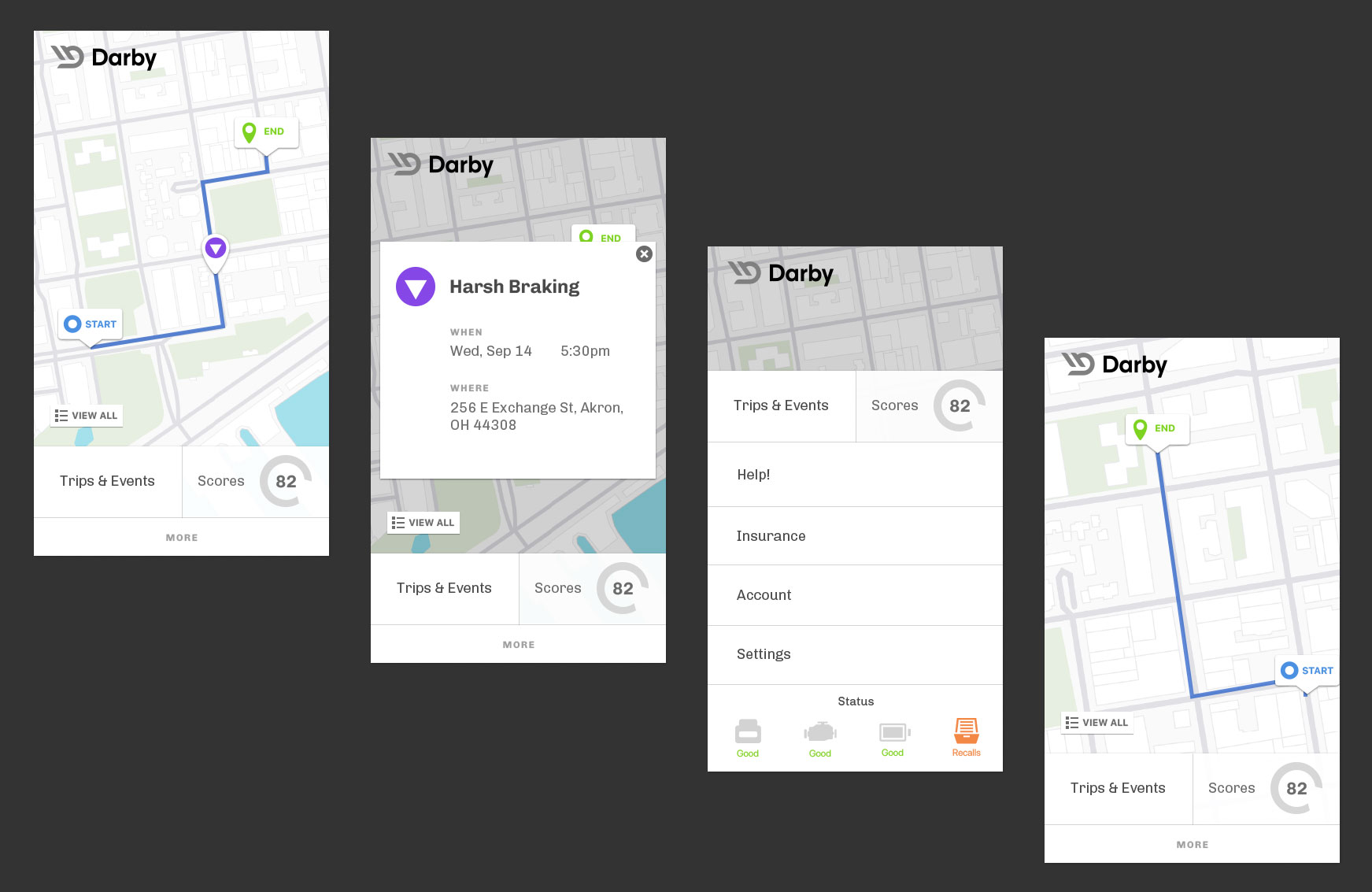 Building a MVP meant that we didn't have an actual user group to test or solicit feedback from. We leveraged a small group of testers to quickly evaluate prototypes and ideas. I also employed simulated eye-tracking on major views to ensure the layouts were focusing on the right things. 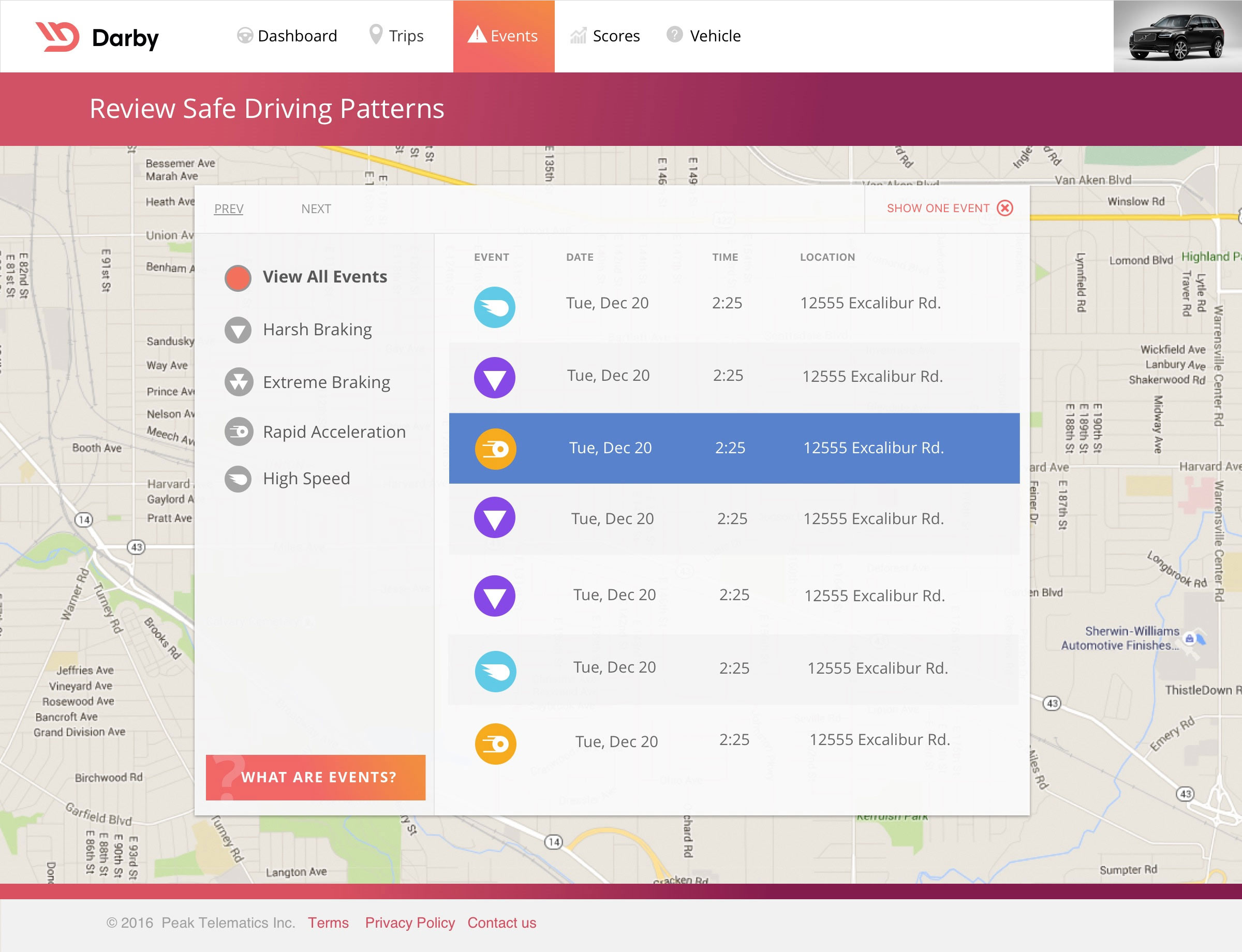 Working with a large team spread across multiple regions, languages, and timezones was challenging. There were times when I had to work in an inefficient way to better fit another team's requirements, and I always had to balance the volume of feedback with my own experience and the stated priorities.

Documentation was key every step of the way, and I created various diagrams and flow charts to keep everyone on the same page.

MVP product launched within original timeframe goals. The application worked well for a lengthy sales cycle, eventually being by acquired Azuga who is currently representing it as an option for independent insurance agencies.